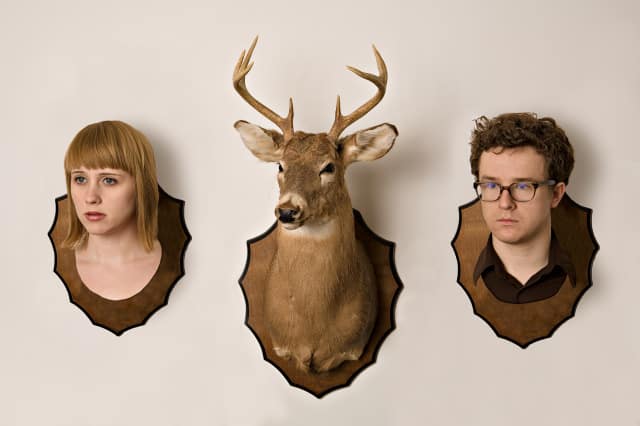 It’s Wye Oak Wednesday here at Pixaura. Well, here in my home office, I should say. The team’s all spread out these days! Excuse me for sounding like a teenager, but this is my favorite band. No joke, I’m sitting here wearing a Wye Oak shirt, writing in a Wye Oak notebook.

I found Wye Oak’s video for their song “Fish” in 2011, and instantly fell in love with their music. Although they have grown and transcended genre over the years, their sound remains uniquely identifiable. Side note: they chose their name in reference to the former official tree of their home state, Maryland.

I’ve been fortunate enough to see them twice at Louisville’s Zanzibar, and on two other occasions at the Southgate House Revival, just outside Cincinnati. If their tour comes near me, you can trust I’ll be there!

Check out some of their essential hits with this Spotify playlist.

Both of Wye Oak’s members, Jenn Wasner and Andy Stack, have been involved in other projects. Jenn’s solo project is known as Flock of Dimes; Stack’s individual work is under the name Joyero. Additionally, Wasner collaborated as part of Dungeonesse.

Wye Oak Wednesday leaving you wanting more Pixaura music recommendations? You can check back in a few weeks for the next edition of our Wednesday musical tributes. Or dig in on our previous tributes: Over the Rhine, Willie Nelson, and Stevie Wonder.

Over the Rhine Wednesday at Pixaura

In today’s world, the face of your business is o

You absolutely must have a Facebook page for your